In this post, I will show you how to import Activity Code values from Excel into Oracle Primavera P6 without having to type them in or resort to programming in Java.

It is a fairly common request and is nearly always met by someone offering their Java code or suggesting the use of the ODBC flavor of the Primavera SDK. Both can be difficult and time-consuming to do and involves having to install either the Primavera SDK or installing the Primavera Java API. Here I will show you how to import Activity Code values using nothing but Excel and some simple formulas.

I will be loading a list of UK Train Stations which have a 3 letter code and their name. The full list can be found on the National Rail Enquiries site.

The technique shown here is accomplished by amending an XER file and importing the resulting Activity Code values into Primavera P6. The general steps are:

This whole routine can usually be done in a few minutes.

An XER file is required to provide a place to add data about the Activity Code values. One day I will write a little more about the XER file. For this post, it is just a text file where values are separated by a tab character. This means it easy to open in Excel where changes can be made to it before saving again. This is done to avoid changing any configuration other users rely on and it also provides the correct set of columns no matter which version of Oracle Primavera P6 is being used. Earlier versions do not have the color value used by the Visualizer.

The Microsoft Excel Text Import Wizard is displayed. Verify the Delimited file type is selected and My data has headers is not checked. Click the Next > button to move to page 2.

Verify Tab is the only Delimiter selected and click the Finish button to import the XER file into Excel. XER File As It Appears In Microsoft Excel

The value in column A indicates what can be found in the row. The first row is the header row and so it has ERMHDR in column A. The last row, which is not shown on the screenshot, contains %E indicating it is the end row. There are three other rows:

The Activity Code record is held in a table called ACTVTYPE and so you need to find the %T record for this table and then we need to update the %R record to create the Activity Code we want to import our batch of values for. The %T record is on row 34 in the screenshot and the %R row is in row 36.

Let’s assume we are creating a global Activity Code representing each train station in the UK. This is going to be a flat list for now where the Code Value contains the short code for the train station and the Description holds as much as the full name as P6 allows.

The list of fields in my v16.1 of Oracle Primavera P6 are:

The ACTVTYPE Record For A Global Activity Code

The CSV file containing the list of UK Train Stations has a column for the name and a column for the code, which just so happens to be the required order. I opened this file in Microsoft Excel.

I inserted a column before the Station Name column and put 1 in the first row of data and 2 in the second roe. I selected both cells and doubled clicked the bottom right of the 2nd cell. This increments the value for each row and now I have my actv_code_id value.

I inserted another two columns before the Station Name. the first of these is the empty parent_actv_code_id column. The other is the actv_code_type_id column that I filled down with 1571 to match what appears in the ACTVTYPE record.

The next two columns are the actv_code_name and short_name and already hold the correct data. I did the same for the seq_num as I did for actv_code_id and I then filled the following column with 0000FF for the color columns.

I then removed the top row and the following shows the first few rows of the CSV file as it now is. This whole process took less than a minute. The ACTVCODE Records For A Global Activity Code

I then copied all the cells from the CSV file and pasted them into my XER file from column B in the row after the %F row and filled down column A with %R. Finally, I put %E in what is the final row.

Save The Excel File As An XER And Import Into P6

I then saved the XER file as a tab delimited text file, exited Excel and changed the extension to .xer before importing it into Primavera P6 where it created the list of 2,568 Stations. The whole process took me less than 10 minutes. 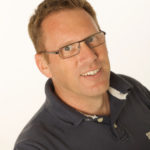 For 30 years, Barrie has worked exclusively in the Project Management industry. He has considerable experience, knowledge and skills implementing enterprise project management systems across many industries. His experience in fulfilling numerous roles includes, mentoring, training, workshops, project support, process and tool implementations, working through a PMO right up to full-blown Change Management Programs. He has in-depth knowledge of Primavera P6, Microsoft Project, Deltek Cobra, Oracle Projects. He is a member of the APM Thames Valley Branch and, both the Governance SIG and the Planning, Monitoring & Control SIG.